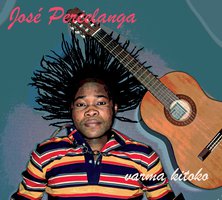 José grew up in Kinshasa, the musical capital of Africa. That's where the modern music of the continent was born, the Congolese Rumba. One of the front figures in this music was the legendary guitarist Franco who's singer Malibu recognized the talent of the young José Pereelanga and made him his protege. José has since worked with such great musicians as Papa Wemba and the national orchestra of Congo, Zeiko Langa Langa. Now he has got his own band in Malmö, Sweden and releases his first record under his own name. This we celebrate together with the support from Mix Music with a relase concert at Inkonst in Malmö, March 26. Please join us for this event!!